The EB-5 Regional Center Program has been extended for the second time this year – but only until December 22nd 2017.

The popular scheme has been under review this year by the Department of Homeland Security and Congress, with President Trump exploring reforms to the visa system. However, no action on the EB-5 visa – which has been used by Trump’s own associates – has yet been taken.

The scheme was extended for three months early in September. The new two-week reprieve was passed as part of a temporary budget, designed to avoid a government shutdown.

At the time of writing, the scheme will expire in just 9 days. Technically the EB-5 scheme will still be in effect, but the Regional Centres – through which most investments are sourced – would be sunsetted.

Another extension is likely to be passed as part of an additional economic bill. While there are no guarantees, it is seen as more likely that the scheme will be amended than shuttered.

Systemic changes to the EB-5 visa scheme have been anticipated for some years. A drastic overhaul of the immigration system – including the scrapping of the EB-5 visa – was proposed and supported by Trump earlier this year, but failed to gain traction.

As has so often been the case, the benefits of the EB-5 scheme to states are substantial enough that many wish to preserve the status quo. Changes proposed by the DHS earlier this year, including raising the lowest capital requirement to $950,000, have yet to be formally adopted into law.

The EB-5 programme allows foreign investors to gain a visa, with a pathway to full U.S. citizenship. Investments can either be of $500,000 in rural Targeted Employment Areas, or $1 million in more urban areas. These investments can take the form of commercial, real estate or ‘troubled business’ projects.

Regional Centers in each state help to connect successful EB-5 applicants with eligible investment projects. One Center in Vermont was recently protected from entering private hands in a landmark court case, signalling the continued investment in the EB-5 project.

We’ll keep you up to date on the latest news regarding the Regional Center deadline, and any further adjustments to the EB-5 scheme. For more information on US immigration and your unique requirements, don’t hesitate to contact us. 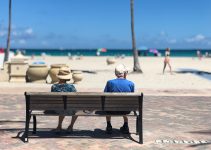